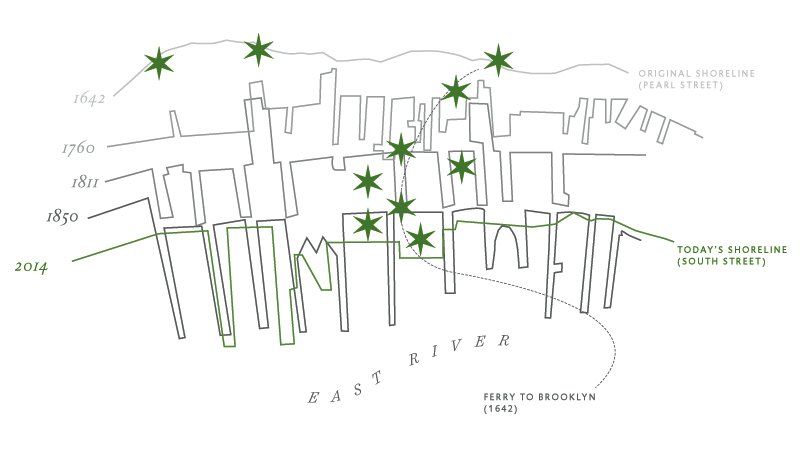 A FAIR DEAL FOR THE SOUTH STREET SEAPORT MUSEUM, AND FOR ALL NEW YORKERS

Why should New Yorkers care about saving the South Street Seaport?

The Seaport, the original commercial heart of New York City, is a rare enclave of early 19th Century buildings that has been named one of America’s 11 most endangered historic places by the National Trust for Historic Preservation.

Why is the Seaport endangered?

In a secret deal, the city handed a lease to the publicly owned properties in the district to a single private developer that was supposed to support preservation in exchange for limited development rights. The company, the Howard Hughes Corp. is focused on luxury housing and retail, and has repeatedly demonstrated its lack of respect for preserving the historic character of the district.

Why does the South Street Seaport Museum matter?

The anchor of the Seaport District, the museum is a collection of historic ships on Pier 16 in the East River, and a set of irreplaceable historic buildings—the original World Trade Center—that house its collection of maritime artifacts, library, and shops. Together they tell the story of the rise of New York as a port city and its critical role in the development of the United States.

What does the Museum need?

Unlike any other museum on public land in New York City, the South Street Seaport Museum has been burdened with rent, taxes, and restrictions on the use of its assets. For example, the Museum has the use of Pier 16 through a licensing agreement with the City(not a lease) that doesn’t give it stability or allow it to use this real estate to bring in revenue to support its mission. The Museum, which at one time had the biggest membership of any NYC museum, needs a new lease that puts it on the same footing as other museums and gives it a chance to thrive once again.

The mayor and the new leadership in the Economic Development Corporation can act to give the Museum a fair lease that protects its future. Without action, the Museum is being marginalized by the Howard Hughes luxury housing/retail development plan, which is in progress but has never been revealed in its entirety to the public.

The mayor needs to act before it’s too late.

Mayor Bill de Blasio needs to direct the Economic Development Corp. to grant a new lease to the Museum that gives it control over its real estate assets and allows it to utilize them to promote its mission. That should include Pier 16, where historic ships are berthed, the buildings on Schermerhorn Row it has occupied, and the adjacent lot on John Street, where a new museum building should be built to include resilient infrastructure.

Isn’t the Howard Hughes Corp. building something on that lot?

The Hughes Company’s Seaport lease allows it to pay the city only $3.50 per square foot in rent, at a time when commercial rents are at an average of $265.00 per square foot in Lower Manhattan. Given those remarkably lucrative terms, the company should be able to profit fairly from its investments in the district despite loss of some of the company’s projected projects, including a building on the John Street site.

Isn’t the Hughes Corp. obligated to support the Museum as part of its development deal?

Yes, but no specific commitments have been made, despite repeated demands from the public. Furthermore, some of the plans floated by the Hughes Corp. over the last 2 years have included using the Schermerhorn Row buildings for low-income housing—a stunningly uneconomical conversion to a use that disregards their historic importance. The Hughes Corp. should be required to make a mandated contribution of $2 million per year (adjusted for inflation) to the Museum, dedicated to its collection of historic ships.

Isn’t it already too late to roll back plans for the Seaport?

No! The Hughes Corporation has chosen to get approvals for it’s development plans in a segmented fashion, so much of its still on the drawing board.

The company has approval for and is currently developing a mall on Pier 17 and a movie theater/entertainment complex in the Fulton Market Building , but plans for other development projects still require city approval.

The overall plan for what remains should be offered for scrutiny by the public and city agencies as a whole, not segmented into small pieces, so their impact on the historic character and maritime flavor of the district can be fairly assessed. That includes plans for the New Market Building site that have drawn widespread opposition.

Haven’t public/private partnerships been used to develop the New York waterfront in other places?

Public/private partnerships have indeed contributed to making the waterfront accessible to New Yorkers along the Hudson and the East River in Brooklyn and Long Island City. But none of these areas contained very vulnerable, historically important buildings like those in the South Street Seaport, and the Hughes Corp.’s proposals demonstrate a disregard for the character of the neighborhood and the viability of the Museum.

URGE THE MAYOR TO GIVE THE SOUTH STREET SEAPORT A NEW LEASE ON LIFE, WITH A DEAL THAT’S FAIR TO THE MUSEUM AND TO NEW YORK.

For a point-by-point plan for a fair new lease to return the Museum to a vibrant and viable educational and cultural institution, see FAIR LEASE = FAIR WINDS.

READY TO TAKE ACTION? WRITE TO YOUR ELECTED OFFICIALS

When you write, please be sure to copy Save Our Seaport! Our email is: saveourseaport@gmail.com.

Mayor of the City of New York

The Honorable Gale A. Brewer