From the SOS mailbox 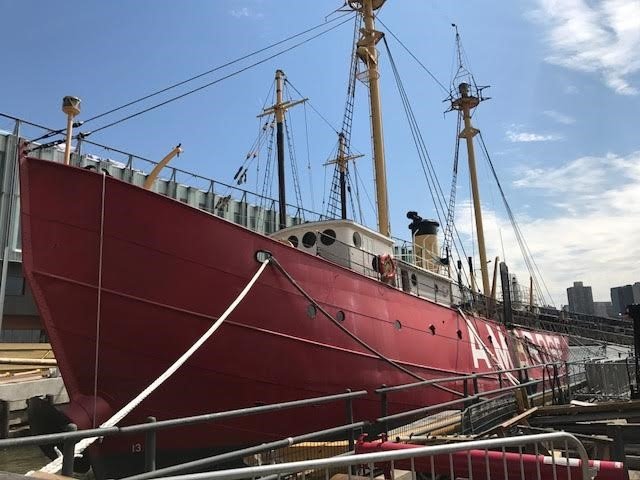 My father was a sailor — a  bona fide Greek sailor who helped his father skipper their 104-foot schooner to distribute merchandise from the Port of Piraeus to the various Cycladic and Sporadic Islands.

After World War II he became an American merchant mariner, a job he did for over 30 years.  He worked for all the major American shipping lines and their vessels.  A short trip was 3 weeks; a long one 6 months.

I remember when I was a very little girl, before I knew the names of any ships, my father would say to me, “When we are returning, I know I am home when I see the lights of the Ambrose Lightship.”

When I was grown and walking along the piers at the South Street Seaport and I saw the  Ambrose for the first time, I cried to actually see her and know what she meant and means to all who journey the seas, love the sea and all the majesty, hardship and history involved.