ON WBAI, MICHAEL KRAMER EXPLAINS WHY THE NATIONAL TRUST FOR HISTORIC PRESERVATION HAS CALLED THE SEAPORT ‘ENDANGERED’

In late June, the National Trust for Historic Preservation called the South Street Seaport “one of America’s 11 most endangered historic places.”

“The South Street Seaport features some of the oldest architecture in New York City,” said the National Trust in making the designation. But, said the Trust, “While the Seaport is a locally designated historic district, and is separately listed on the National Register of Historic Places, it is currently under threat due to a series of development proposals that would disrupt the look, feel and low-scale historic character of the Seaport.”
Michael G. Haskins, host of the “Morning Show” on WBAI wanted to know more about “why the Seaport is at so much risk and what role the city has played in compromising this historic site.” On Sept. 3, he invited Michael Kramer, a Seaport resident, a member of the Seaport Working Group, and a leader in the grassroots group of volunteers called “Save Our Seaport,” to explain.

The saga of the Seaport as it exists today goes back decades, but in approximately 15 minutes, Kramer summed it up. “The area from the Brooklyn Bridge to the Battery is truly special,” he said. “It was New York’s first World Trade Center.” He called it the area “that really started our city” and described it as being “unlike any other part of Manhattan.”

So what happened? Kramer recapped the events of 2009 and 2010 when General Growth Properties, the leaseholder for large parts of the Seaport, went bankrupt and then spun off The Howard Hughes Corporation as a public company. Despite this poor track record, the City “had the confidence to bring them back to the South Street Seaport and hand the key over and basically try to privatize the district,” said Kramer.

The City’s Economic Development Corporation was the master leaseholder for the Seaport, and “under the Bloomberg Administration, the EDC sort of ran wild,” Kramer said. “They’re a public/private corporation. They have their own rules. They have their own ways of getting around the public review process. And what happened was that they made a secret deal [with The Howard Hughes Corporation]. They put together a letter of intent in 2011 that nobody had heard about and that the City even refused to release to the Community Board for many, many months.”

Finally, because of the Freedom of Information Law that letter came to light, and what it said was that The Howard Hughes Corporation would not only take over and rehabilitate the old Pier 17 shopping mall, but would also have the opportunity to take back land from the South Street Seaport Museum and the opportunity to take back the piers so that the berthing of historic ships would be limited. Howard Hughes was also given the option of redeveloping the Tin and New Market Buildings – two of the last remaining structures from the historic Fulton Fish Market – and, in Kramer’s words, “to do it in a way that escaped any public scrutiny.”

Meanwhile, the South Street Seaport Museum was being attacked both directly and by neglect. “The City was doing nothing that would ensure the survival of the Seaport Museum,” said Kramer. “If anything, the City kept taking away and taking away from the museum and handing it over to Howard Hughes. Most importantly, the berthing of historic ships was taken away. The South Street Seaport Museum used to control three different piers and is now down to one pier.” Moreover, Kramer added, the museum doesn’t even have a lease on that pier. It has a license.

But, he said, there were serious conflict of interest issues. Ashley Dennis, who had been chief of staff to Kyle Kimball, president of the EDC under the Bloomberg Administration, became a vice president at Kasirer Consulting after she left EDC. Kasirer, the City’s highest grossing lobbying firm, represents The Howard Hughes Corporation, which has paid it more than $1 million to lobby various City agencies in support of HHC’s development plans for the Seaport. Dennis, said Kramer, “was the one running our Seaport Working Group, which was supposed to come up with new ideas and new ways of looking at the Seaport that would allow the community to have some input.”

Kramer also said that the Seaport was reeling under the “side deals” that Howard Hughes has been able to pull off. “Howard Hughes, because of their insider status, was able to pick up the air rights for the surrounding area,” he said. “They picked them up for $186 million and now they just sold them four months later to a Chinese group for $390 million. They’re just taking all the profits – all the money – all the economic value out of the area and then they cry poverty.”

Kramer said that what Save Our Seaport wants as a means of helping to rectify some of these imbalances is “a fair lease for the South Street Seaport Museum.” A lease dating from 1981 put the South Street Seaport Museum in charge of the district. But then the City began to whittle away at the Seaport Museum’s hegemony. “They had to pay rent where other museums that are on city land don’t have to pay rent,” said Kramer. “They lost the John Street lot. They are not allowed to make money doing retail in the area. They can’t compete with Howard Hughes.”
The museum’s electrical system was damaged by Sandy. “It took almost three years for the museum to receive FEMA money so that they can rebuild and reopen their galleries and their exhibits,” said Kramer. “Again, it comes back to the City, because EDC is the master leaseholder. All the money that they received from FEMA should have gone into fixing the South Street Seaport district.” Instead, “They fixed Howard Hughes’ portion of it, but they didn’t fix the museum’s portion.”

So what’s the prognosis for the Seaport and for the South Street Seaport Museum? The National Trust for Historic Preservation says on its website, “Since 1988, the National Trust has used its list of America’s 11 Most Endangered Historic Places to raise awareness about the threats facing some of the nation’s greatest treasures. The list, which has identified more than 250 sites to date, has been so successful in galvanizing preservation efforts that only a handful of sites have been lost.”
– Terese Loeb Kreuzer
– Downtown Post NYC 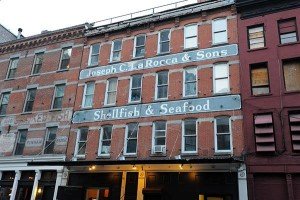 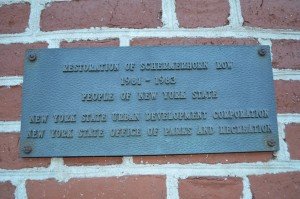